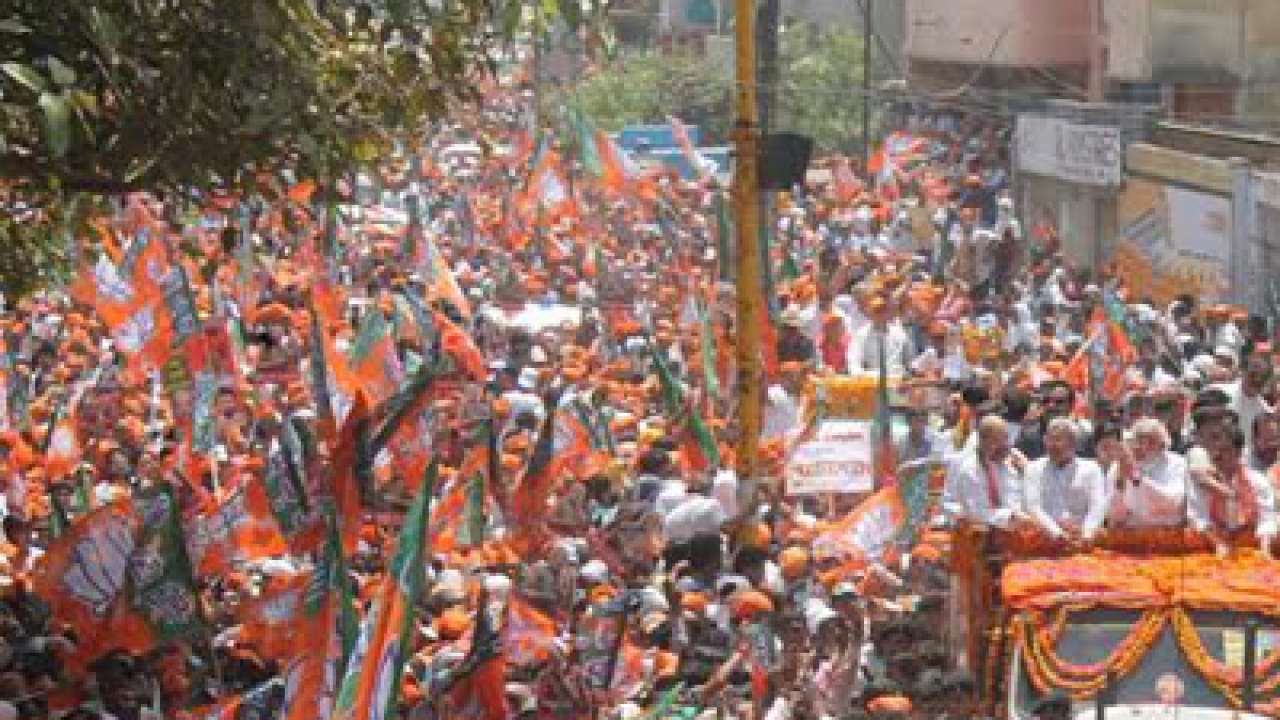 The Bharatiya Janata Party (BJP) was on Friday set to create an electoral record by becoming the first party in 30 years to win a majority on its own in the Lok Sabha.

The party is set to win around 280 seats, comfortably above the half-way mark of 272 in the 545-member Lok Sabha, whose 543 members are elected and two are nominated.

This is in sharp contrast to the mere two seats the won in the 1984 general elections, its first after coming out of the shadow of the Janata Party, into which the erstwhile Jana Sangh had merged to jointly fight the 1977 general elections after the emergency was lifted.

The Congress, in fact, had swept the 1984 polls, riding a sympathy wave following the assassination of then prime minister Indira Gandhi and led by her son Rajiv Gandhi, for a record tally of 414 seats.

This time around, it has been the Congress' worst performance in the 16 general elections held so far, with the party likely to notch up only about 50 seats.