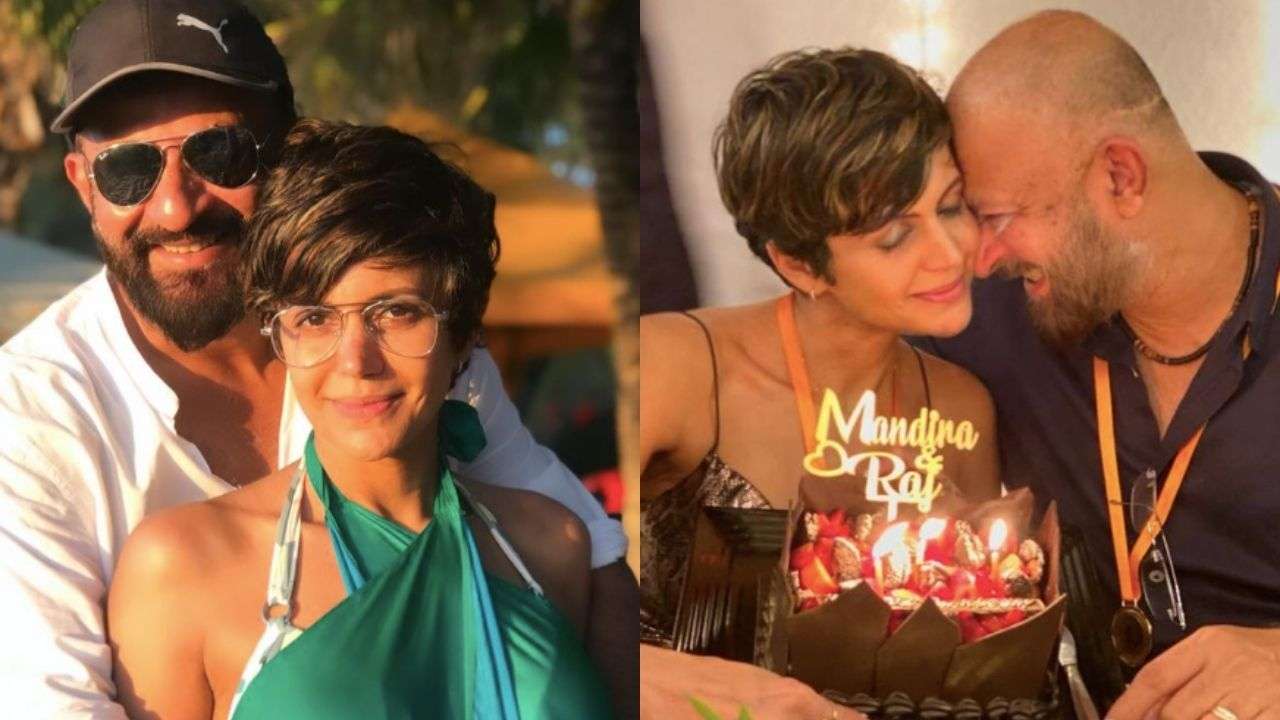 It’s been two weeks since actor, host and fitness enthusiast Mandira Bedi lost her husband Raj Kaushal. The filmmaker-producer passed away on June 30 after suffering a heart attack. Mandira Bedi has since then been sharing photos with her late husband on social media to remember him.

On Wednesday (July 14), Mandira shared a series of mushy photos with Raj where they could be seen embracing each other. In one picture, the duo is romantically posing while holding a cake that reads ‘Mandira & Raj’.

While sharing the adorable photos, Mandira wrote, "25 years of knowing each other. 23 years of marriage.. through all the struggle.. through every crest and trough..”

Mandira’s fans also sent love and strength her way. “More power to you stay strong and he is watching you,” wrote one user while another commented, "It scares me so much to imagine what you might be feeling right now. May god give you strength.” A third user commented, "So sorry for your loss Mandira,” while a fourth one wrote, "Power n strength to u mandira..”

On Tuesday, the actor shared a photo of a paper that had ‘Raji…” written on it. While sharing the picture, she wrote, “Miss you Raji..”

Raj Kaushal’s last rites were held at at Shivaji Park crematorium in Dadar and was attended by the couple’s family and close friends from the industry including actors Ashish Chowdhry, Ronit Roy, Dino Morea and Sameer Soni. Raj is survived by his wife, Mandira and two children- son, Vir and daughter Tara.